6 Innovations From Amazon To Strengthen Their Logistics Reach 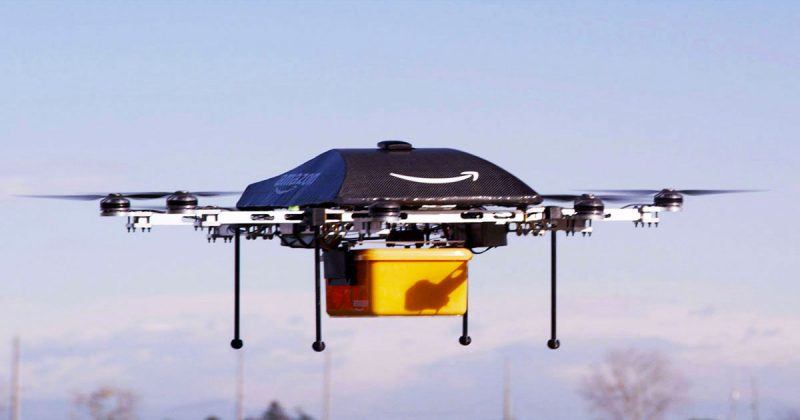 With significant investments into the development of new technologies and infrastructure, as well as penetration of new product verticals, Amazon is a force to be reckoned with.

On the one hand, their efforts to create and improve new technologies is giving them an edge to assert themselves at the centre of the delivery ecosystem for thousands of companies. On the other hand, they’re venturing out into new product categories such as furniture, flowers and wine – where there’s still ample room for growth and a clear customer appetite for speed and convenience.

Here are 6 ways in which amazon is building up its delivery network:

The company launched a cargo airline, Amazon Prime Air, to help it cover the fluctuations in demand that it sees at certain times of the year, such as the US holiday shopping period. Prime Air will eventually include a fleet of 40 planes. While Amazon still uses the services of shipping companies like FedEx and UPS, it does seem to be in the process of creating a structure that could end up completely eliminating its need for third parties. READ MORE

Amazon launched a new team to build air-traffic control software for its growing fleet of delivery drones. The new software team is on a mission to incorporate Amazon’s drones beyond line-of-sight into the existing air traffic control system for manned airplanes. READ MORE

Previously the e-commerce giant had publicly released demo videos of its drones landing in yards to drop off packages. The U.S. Patent and Trademark Office granted Amazon a patent for a method to guide packages released from drones safely to the ground. The patent suggests Amazon is considering keeping its drones high above customers’ homes, an approach that could be more efficient and safe. READ MORE

Amazon is officially looking into delivering goods via a network of subterranean tunnels. Their new patent filing describes a system that makes use of conveyor belts and vacuum tubes to transport parcels and containers. According to the patent, benefits of such a delivery system include increased efficiency, more reliable deliveries, and less road traffic. READ MORE

The Wall Street Journal, citing people familiar with the case, reports that Amazon created a team last year tasked with figuring out how the e-commerce giant can use autonomous vehicles to deliver goods in the future. The in-house think tank, as it’s described, will focus on determining how the company can quickly and efficiently deliver packages for less. READ MORE

After embedding its Alexa voice assistant into its main Amazon app, Amazon is expanding Alexa’s functionality yet again. The company will now let Prime subscribers order from Prime Now, its two-hour delivery service, as well as its newer alcohol delivery service, in cities where these are offered. READ MORE

Worth mentioning that these six significant moves have taken place over the last few months, and we look forward to seeing what else is in store for Amazon’s ever-growing logistics infrastructure. Of course, not all these initiatives will become huge successes, and others will take years to hit the mainstream. However, their thirst for innovation and growth are admirable and worth keeping a close look at.