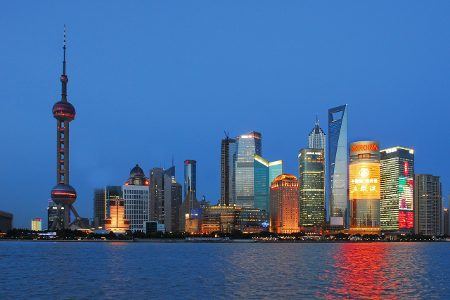 JD.com, the Chinese online retailer is raising $2 billion to fund its warehousing and delivery unit – a move that will bring its strategy closer to Alibaba, that country’s leading e-commerce platform. While in the west all eyes are on Amazon, the giants of the east are also making significant moves to build the infrastructure required to create exceptional delivery logistics systems that cater to their local market, but will also have a huge impact on the global e-commerce landscape.

To get a sense of the scale of the opportunity, china’s e-commerce market size surpassed $1.1 trillion in 2017, and accounted for 23% of all retail sales. What’s more, this figure is estimated to nearly double in the near future, with analysts forecasting over 40% of all retail sales in China to take place online by 2021.

But JD isn’t the only player investing billions in their delivery logistics. Jack Ma’s Alibaba is also investing the resources required to build up and strengthen its own delivery network. In September, the company took control of Cainiao, its logistics unit, and pledged to spend 100 billion yuan over five years on things such as R&D and computerised “smart” warehouses. This pits Alibaba directly against JD in fast-growing markets such as online groceries where same-day delivery is critical.

The reality is that despite the competition, there might be room for both companies to thrive, as well as for other retailers that can seize the opportunity to develop a better delivery logistics infrastructure that will cater to the growing demand from customers to shop online.

Technology will play an increasingly important role in helping companies orchestrate their increasingly fast and complex supply chains. Innovation will come in many shapes and forms – from the rise of smart cities to robotics to the adoption of blockchain protocols. As a timely example, this week Alibaba announced the launch of their own cryptocurrency mining platform called “P2P Nodes” as a way to make sure that their sheer scale doesn’t hold them back from innovating – trying and testing new technologies that could redefine the future of e-commerce.